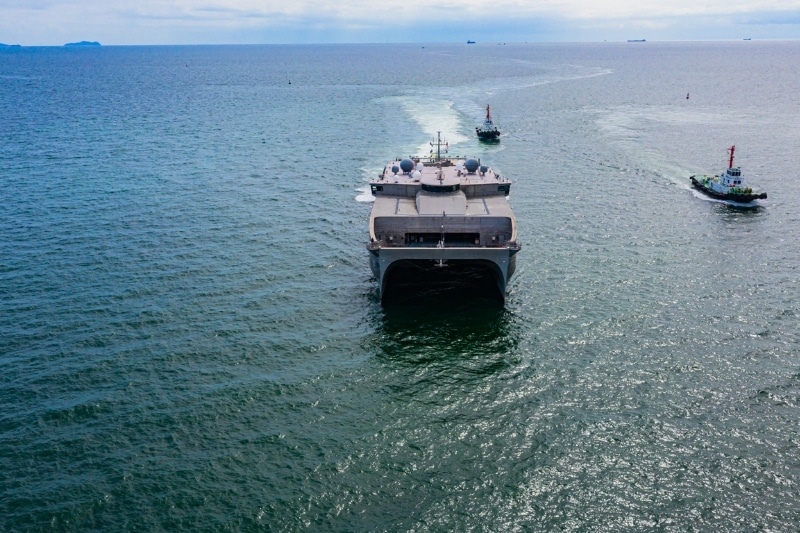 In September 2019 it was announced that China State Shipbuilding Corporation (CSSC) is set to build a Type 071E amphibious transport dock ship that will be delivered to the Royal Thai Navy.

The Type 071 was described in media reports as China’s largest landing craft, equipped with advanced weapons systems. The ship will be the Royal Thai Navy’s biggest warship: it is 210 meters long and 28 meters wide, and has a full-load displacement of 25,000 tones. The ship is capable of sailing more than 18,500km in a single operation.

This will represent the largest naval ship made in China for a foreign country, illustrating growing military trade cooperation between China and Thailand. In September 2019, China’s Wuchang Shipbuilding laid down the keel for the Royal Thai Navy’s (RTN’s) first S26T (Thailand) diesel-electric submarine (SSK), derived from the People’s Liberation Army Navy’s (PLAN’s) Yuan-class (Type 041) submarine. In 2017, a government-to-government contract was signed between the RTN and China Shipbuilding and Offshore International Company (CSOC), valued at around THB 13.5 billion (USD 430 million). The submarine is expected to be delivered by 2023. Thailand also purchases tanks and infantry fighting vehicles from China and has plans to set up a joint center with China to produce and maintain military gear.

The relation between the two countries deepened following a military coup in Thailand in May 2014 and a subsequent curbing of military aid from the US to Thailand. Relations are improving after civilian rule was restored under former military government leader, Prayut Chan-o-cha, following elections in April 2019 and Thailand announced plans to buy 120 American armored vehicles in August 2019.