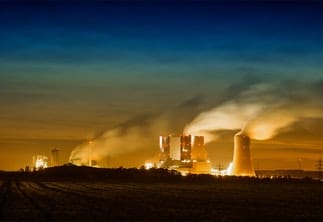 Turboden will provide the complete power generation system, and Mitsubishi Power will provide support through its local resources. According to Mitsubishi Heavy Industries, the order calls for project completion and operation startup by the end of 2022.

Meanwhile, Mitsubishi Power will dispatch personnel to the site to offer installation guidance and handle domestic transport through MHI Power (Philippines) Plant Services Corp, its local subsidiary which has a robust track record in the construction of geothermal and steam power plants, as well as provision of power solutions.

Mitsubishi Heavy Industries said that the new system would generate power, making effective use of brine which until now has merely been returned to a reinjection well. By replacing power in the power grid derived from fossil fuels, the new installation will enable the reduction of CO2 emissions derived from steam power. The new 29-MW binary cycle power generation configuration is expected to trim CO2 emissions by around 72,000 tons per year.

The 29-MW binary power generation project at Palayan geothermal power plant has been selected as a project for the financing program for joint crediting mechanism (JCM) model projects in 2020 administered by Japan’s Ministry of the Environment and its execution body, the Global Environment Center Foundation (GEC).

Demand for electric power is expanding in the Philippines in tandem with GDP growth, and proactive measures are underway to introduce renewable energies. Thanks to its numerous volcanic islands, the Philippines ranks fourth worldwide in volume of geothermal resources, after Indonesia, Japan and the US. The country also ranks third, after US and Indonesia, in geothermal power generation capacity.